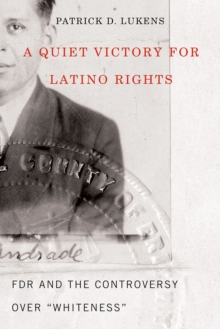 A Quiet Victory for Latino Rights : FDR And The Controversy Over ""Whiteness Paperback / softback

Description: In 1935 a federal court judge handed down a ruling that could have been disastrous for Mexicans, Mexican Americans, and all Latinos in the United States.

However, in an unprecedented move, the Roosevelt administration wielded the power of ""administrative law"" to neutralise the decision and thereby dealt a severe blow to the nativist movement.

A Quiet Victory for Latino Rights recounts this important but little-known story.

To the dismay of some nativist groups, the Immigration Act of 1924, which limited the number of immigrants who could be admitted annually, did not apply to immigrants from Latin America.

In response to nativist legal manoeuvrings, the 1935 decision said that the act could be applied to Mexican immigrants.

That decision, which ruled that the Mexican petitioners were not ""free white person[s],"" might have paved the road to segregation for all Latinos.

The League of United Latin American Citizens (LULAC), founded in 1929, had worked to sensitise the Roosevelt administration to the tenuous position of Latinos in the United States.

Advised by LULAC, the Mexican government, and the US State Department, the administration used its authority under administrative law to have all Mexican immigrants-and Mexican Americans-classified as ""white."" It implemented the policy when the federal judiciary ""acquiesced"" to the New Deal, which in effect prevented further rulings.

In recounting this story, complete with colourful characters and unlikely bedfellows, Patrick D.

Lukens adds a significant chapter to the racial history of the United States. 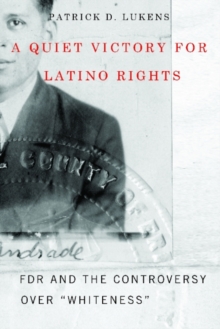 A Quiet Victory for Latino Rights