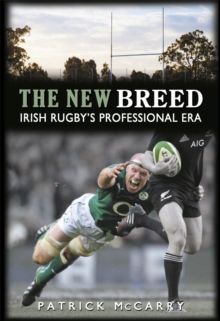 When the professional era dawned in 1995, Irish rugby was in a rut.

Provincial matches attracted crowds of 300, the national team was only capable of one exceptional result a year and there was a general lack of interest from the public.

The nation's best players were lured abroad and bitter club rivals were thrown together to battle for provinces that could not attract coaches.

No one could have predicted the rapid transformation that would overtake the Irish game.

Within a few short years the provinces had become powerhouses on the club circuit, with Ulster, then Munster and Leinster achieving the ultimate goal of European glory.

Today, Ireland is one of the strongest professional unions in the world and its senior team are reigning Six Nations champions. 'The New Breed' tells the story of this transformation.

Key players of that first generation, including Ronan O'Gara, Brian O'Driscoll and Paul O'Connell, provide candid, enlightening interviews, while current professionals, such as Johnny Sexton, Keith Earls and Rob Kearney, offer insights into the ever-changing science, slog and sacrifice it now requires to make it to the very top. 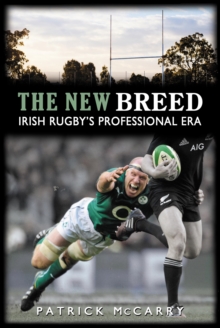