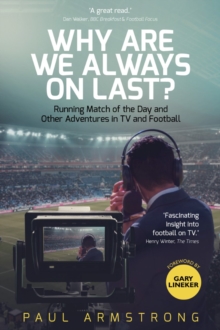 Why Are We Always On Last? : Running Match of the Day and Other Adventures in TV and Football Hardback

Why Are We Always On Last? Running Match of the Day and Other Adventures in TV and Football is a fly-on-the wall account of Paul Armstrong's career working on Britain's favourite TV sports show (including nearly 15 years as the editor, defending his running orders) and a lifetime spent around sport, and football in particular.

From a virtual BBC monopoly of sports coverage and working at the Hillsborough disaster, to the era of Sky, social media and megaclubs, Paul takes us behind the scenes at MOTD and chronicles the joys and pressures of seven World Cups and live broadcasts of varying quality.

He provides an honest and humorous account of the seismic changes he's seen, both in broadcasting and the football industry.

With inside stories of working with everyone from David Coleman and Brian Clough to Thierry Henry and Alan Shearer..

All infused with the pessimism and jaundice acquired during almost five decades following Middlesbrough FC. 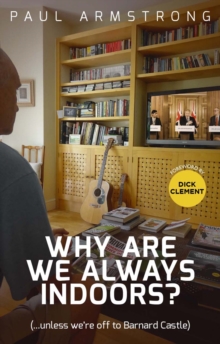 Why Are We Always Indoors? 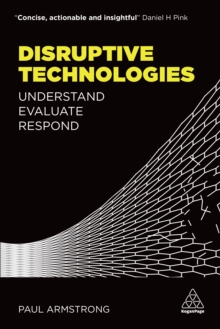 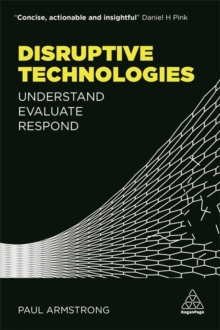