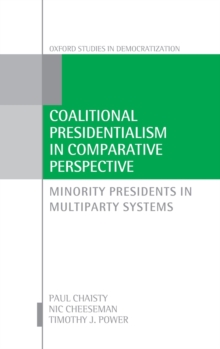 Part of the Oxford Studies in Democratization series

This book provides the first cross-regional study of an increasingly important form of politics: coalitional presidentialism.

Drawing on original research of minority presidents in the democratising and hybrid regimes of Armenia, Benin, Brazil, Chile, Ecuador, Kenya, Malawi, Russia, and Ukraine, it seeks to understand how presidents who lack single party legislative majorities build and manage cross-party support in legislative assemblies. It develops a frameworkfor analysing this phenomenon, and blends data from MP surveys, detailed case studies, and wider legislative and political contexts, to analyse systematically the tools that presidents deploy to manage their coalitions.

The authors focus on five key legislative, cabinet, partisan, budget, and informal (exchange of favours) tools that are utilised by minority presidents.

They contend that these constitute the 'toolbox' for coalition management, and argue that minority presidents will act with imperfect or incomplete information to deploy tools that provide the highest return of political support with the lowest expenditure of political capital.

In developing this analysis, the book assembles a set of concepts,definitions, indicators, analytical frameworks, and propositions that establish the main parameters of coalitional presidentialism.

In this way, Coalitional Presidentialism in Comparative Perspective provides crucial insights into this mode of governance. Oxford Studies in Democratization is a series for scholars and students of comparative politics and related disciplines.

Volumes concentrate on the comparative study of the democratization process that accompanied the decline and termination of the cold war.

The geographical focus of the series is primarily Latin America, the Caribbean, Southern and Eastern Europe, and relevant experiences in Africa and Asia.

Also in the Oxford Studies in Democratization series   |  View all 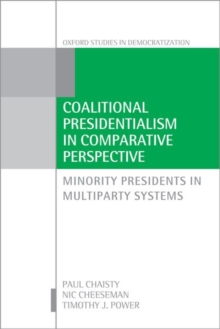 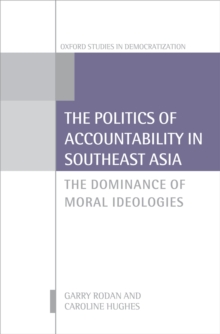 The Politics of Accountability in... 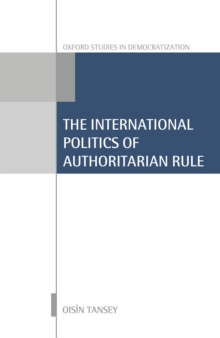 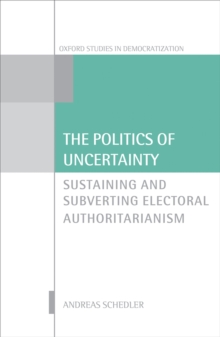 The Politics of Uncertainty