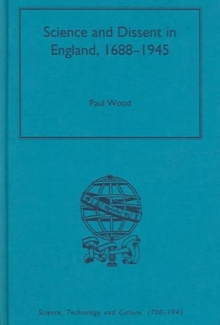 Edited by Paul B. Wood

In considering the relations between science and religion, one must inevitably address the controversial question of the role of Protestantism in the rise and subsequent development of modern European science. In the past, a number of historians including Alphonse de Candolle and Robert Merton argued that Protestantism, and specifically Puritanism, was a formative influence on the Scientific Revolution.

Historians have also seen the legacy of Puritanism as having had a profound impact on the growth of science and technology in eighteenth-century Britain.

It has long been accepted wisdom in historical scholarship that science and technology flourished during the period primarily because of the contributions of Dissenters like Joseph Priestley and the utilitarian ethos informing the curricula of the Dissenting academies. In the nineteenth and early twentieth centuries, the apparent simplicities of the Age of Enlightenment are replaced by growing complexity and fragmentation, with Dissent transformed into Nonconformity, and the emergence of a pervasive 'crisis of faith' which undermined any comfortable assumptions about the amicable relations between science and religion. This volume brings together chapters written by a group of internationally-recognized experts on the relations between Puritanism, Dissent, Nonconformity and science in England in order to reassess such topics as the Merton thesis, and to develop a better sense of the role played by dissenting Protestants in the pursuit of science and technology in England from the Glorious Revolution to the end of the Second World War. What is lacking in the historical literature related to the theme of the book is a broad view of the interactions of science and dissenting Protestants over the longue duree.

By bringing together scholars from different periods, this book develops just such an overview in order to explore the continuities and discontinuities in the relations between scientific inquiry and dissenting Protestantism in England over the span of almost three centuries, providing a unique and fresh perspective on the subject.