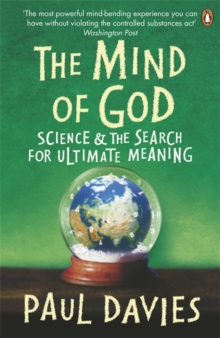 The Mind of God : Science and the Search for Ultimate Meaning Paperback / softback

Paul Davies' The Mind of God: Science and the Search for Ultimate Meaning explores how modern science is beginning to shed light on the mysteries of our existence. Is the universe - and our place in it - the result of random chance, or is there an ultimate meaning to existence?

Where did the laws of nature come from? Were they created by a higher force, or can they be explained in some other way?

How, for example, could a mechanism as complex as an eye have evolved without a creator? Paul Davies argues that the achievement of science and mathematics in unlocking the secrets of nature mean that there must be a deep and significant link between the human mind and the organization of the physical world.

In this quest for an ultimate explanation of the universe, he examines the origin of the cosmos, the possibility of other universes and the claim that we inhabit a kind of gigantic computer.

The universe is, he concludes, no mere quirk of fate but a meaningful place for thinking beings.

Through science, we can truly glimpse the mind of God. 'Makes us re-examine the great questions of existence' The New York Times 'The greatest achievement of the book is to provide an insight into the nature of science itself and the uncertainties that lie in the physical realm' John Gribbin, Sunday Times'For those brought up on a diet of Adam and Eve, The Mind of God will make surprising reading' Independent Paul Davies is Director of the BEYOND Center for Fundamental Concepts in Science, and co-Director of the Cosmology Initiative, both at Arizona State University.

An internationally-acclaimed physicist, writer and broadcaster, Davies is the author of some twenty award-winning books, including The Eerie Silence: Searching for Ourselves in the Universe, The Goldilocks Enigma: Why is the Universe Just Right for Life? and About Time: Einstein's Unfinished Revolution. 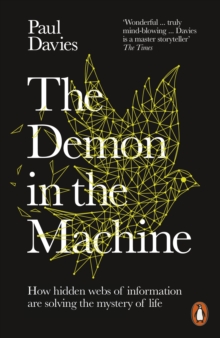 The Demon in the Machine 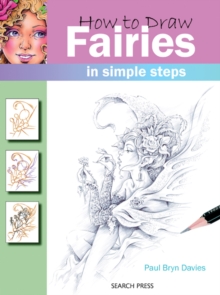 How to Draw: Fairies 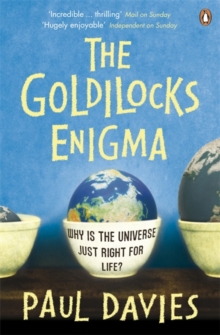 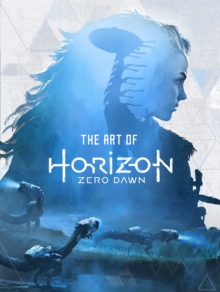 The Art of Horizon