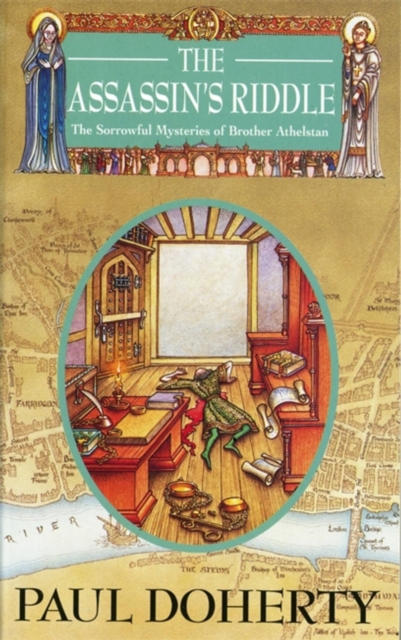 It's the summer of 1380 and the corpse of Edwin Chapler, clerk of the Office of the Green Wax of the Chancery, has been pulled from the Thames: Chapler has drowned, but not before he received a vicious blow to the back of the head.

Then Bartholomew Drayton, a usurer and money-lender, is found dead in his strongroom, a crossbow firmly embedded in his chest: a real mystery because the windowless strongroom was locked and barred from the inside.

So who killed him? And how? And are the two deaths connected? Sir John Cranston, the Coroner of the City of London, comes to survey the scene.

When other clerks are murdered, each with a riddle pinned to his corpse, Cranston enlists the help of his secretarius, Brother Athelstan - and together they must pit their wits against a deadly adversary bent on murder and mayhem.