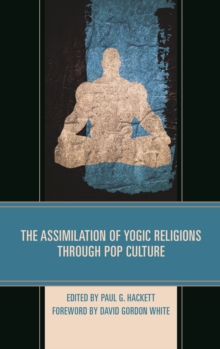 The Assimilation of Yogic Religions through Pop Culture Hardback

The image of the meditating yogi has become a near-universal symbol for transcendent perfection used to market everything from perfume and jewelry to luxury resorts and sports cars, and popular culture has readily absorbed it along similar lines.

Yet the religious traditions grounding such images are often readily abandoned or caricatured beyond recognition, or so it would seem.

The essays contained in The Assimilation of Yogic Religions through Pop Culture explore the references to yogis and their native cultures of India, Tibet, and China as they are found in the stories of many famous icons of popular culture, from Batman, Spider-Man, and Doctor Strange to Star Trek, Doctor Who, Twin Peaks, and others.

In doing so, the authors challenge the reader to look deeper into the seemingly superficial appropriation of the image of the yogi and Asian religious themes found in all manner of comic books, novels, television, movies, and theater and to carefully examine how they are being represented and what exactly is being said.