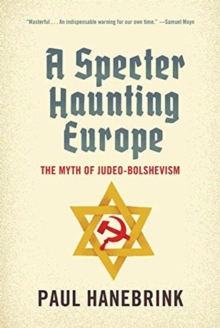 A Specter Haunting Europe : The Myth of Judeo-Bolshevism Paperback / softback

"Magisterial...Covers this dark history with insight and skill...A major intervention into our understanding of 20th-century Europe and the lessons we ought to take away from its history."-The Nation"It is both salutary and depressing to be reminded of how enduring the trope of an exploitative global Jewish conspiracy against pure, humble and selfless nationalists really is...A century after the end of the first world war, we have, it seems, learned very little."-Mark Mazower, Financial Times"Masterful...a new classic...Hanebrink's reconstruction of the conspiratorial imagination that led shadowy others to be blamed-and worse-is an indispensable warning for our own time."-Samuel MoynFor much of the last century, Europe was haunted by a threat of its own imagining: Judeo-Bolshevism.

The belief that Communism was a Jewish plot to destroy the nations of Europe took hold during the Russian Revolution and quickly spread across Europe.

During World War II, fears of a Judeo-Bolshevik conspiracy sparked a genocide.

But the myth did not die with the end of Nazi Germany.

The first comprehensive account of the evolution and exploitation of the Judeo-Bolshevik myth, A Specter Haunting Europe shows that far from being an incident of history, this paranoid fantasy persists today in the toxic politics of revitalized right-wing nationalism. 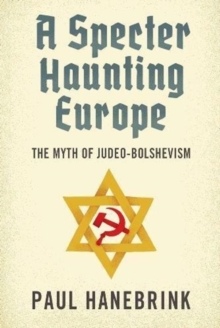