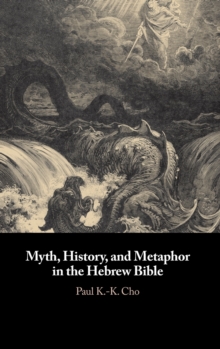 Myth, History, and Metaphor in the Hebrew Bible Hardback

This book examines the long-debated issue of the relationship between the Hebrew Bible and ancient Near Eastern myths.

Cho challenges this practice and demonstrates that the Hebrew Bible contains shorter and longer compositions studded with imagery that are structured by the plot of sea myths.

Through close analysis of key Near Eastern myths and biblical texts, Cho shows that myth had a more fundamental influence on the plot structure and conceptual framework of the Hebrew Bible than has been recognized.