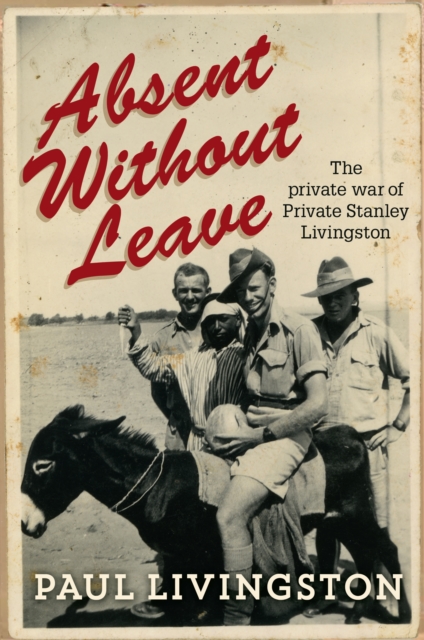 Absent Without Leave is not a book about what Private Stanley Livingston had to say.

Like many veterans, Stanley Livingston barely spoke about the war.

Instead, it is an attempt by his son to discover the man he had never really known, by wandering through the lives of those who had known him, and many more who hadn't.

The result is an extraordinary story about an ordinary man. Stanley Livingston's mother had died just prior to the outbreak of WW2, and while in the midst of battle in the Middle East, Stanley received word of the sudden death of his father.

Once back in Sydney, Pte Stanley Livingston skipped training camp to be with his younger sister Lily, who was deeply traumatised and had suffered a mental breakdown. Stanley surrendered after almost six months absent without leave, just in time to embark with his battalion to Milne Bay in New Guinea, where he was court-martialled in the field and pleaded guilty to all charges.

He was fined twenty pounds before being plunged into the harrowing combat - with no jungle warfare training whatsoever. Also woven throughout the book is a fascinating account of civilian life back home, seen through the eyes of Stanley's future wife, Evelyn.

Evelyn's war is a story in itself, by day punching rivets into bombers at Kingsford Smith Airport, by night enjoying the spoils of war courtesy of the ever-present and exotic American servicemen. Told with no shortage of humour, both illuminating and deeply moving, Absent Without Leave is part biography, part family memoir, and part of Australian history that is largely forgotten, because no-one ever really talked about it.