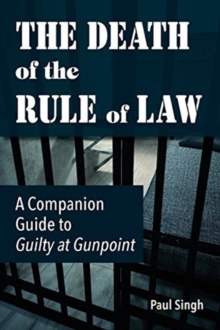 The Death of the Rule of Law : A Companion Guide to Guilty at Gunpoint Paperback / softback

When Paul Singh left India to flee a land filled with corruption, he chose America to make his home, a country he admired for its freedom and justice.

Decades after his arrival, his idealistic vision of our nation died while being targeted and framed by the very government he trusted. Assured by the FDA that the most widely used IUD in Europe was approved for use here, he continued using it for two years while the FDA and DOJ tracked his every move to build a case against him for using the device.

Singh knew nothing about this until a team of armed agents raided his office and expelled undressed female patients from their exam rooms.

The FDA then fabricated documents, destroyed and suppressed evidence, intimidated witnesses, and coerced him into signing a plea deal by threatening to imprison his wife, as well, giving him two hours to sign it...or else. Singh has since learned how widespread corruption in our criminal justice system is, with prosecutors who will lie and incarcerate innocent citizens without due process, to further their careers.

Singh provides exhibits with irrefutable evidence to prove his claims and cites various laws and books by top-level insiders to show how laws were broken by corrupt prosecutors whose only objective was to further their careers. Guilty at Gunpoint with this companion Guide, The Death of the Rule of Law should be required reading for every law student and anyone interested in the way justice is administered in the United States. Paul Singh is an American research-scientist, a biochemist, a surgeon-physician and professor of Obstetrics and Gynecology.

He is the author of several critically acclaimed investigational works in science, philosophy, politcs and medicine..

His recent books include Discovering Our World, The Great Illusion, The Seduction of Religion, Guilty at Gunpoint, Prison Torture in America, and Prison Papers. 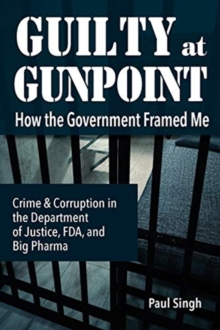 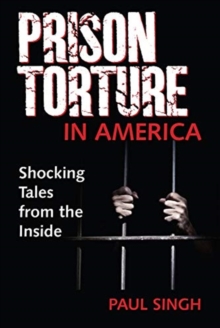 The Prison Torture in America 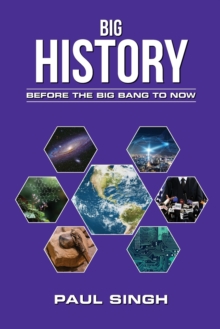 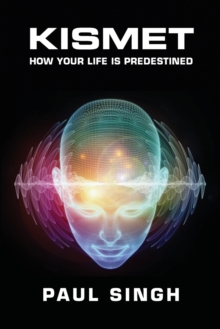