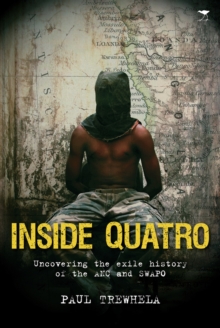 Inside Quatro : Uncovering the exile history of the ANC and SWAPO Paperback / softback

This title uncovers some of the exile history of the ANC and SWAPO that both organisations would prefer not to remember.

Here is a first-hand account of the ANC's Quatro prison camp and of the mutiny in Umkhonto we Sizwe (MK) in Angola in 1984; articles on the SWAPO 'spy drama' of the 1970s and 1980s; an analysis of a death in exile with implications relating to Jacob Zuma; and a study of the responses of both the ANC and SWAPO to these episodes of intolerance, repression and excess.

In all his essays, Trewelha analyses problems of the liberation struggles with a former insider's knowledge and a journalist's ability to ferret out the facts.