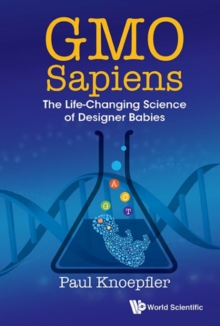 This book won the INDIEFAB 2015 Bronze Award for Science (Adult nonfiction).Genetically modified organisms (GMOs) including plants and the foods made from them, are a hot topic of debate today, but soon related technology could go much further and literally change what it means to be human.

Scientists are on the verge of being able to create people who are GMOs.Should they do it?

Could we become a healthier and 'better' species or might eugenics go viral leading to a real, new world of genetic dystopia?

GMO Sapiens tackles such questions by taking a fresh look at the cutting-edge biotech discoveries that have made genetically modified people possible.Bioengineering, genomics, synthetic biology, and stem cells are changing sci-fi into reality before our eyes.

This book will capture your imagination with its clear, approachable writing style.

It will draw you into the fascinating discussion of the life-changing science of human genetic modification.