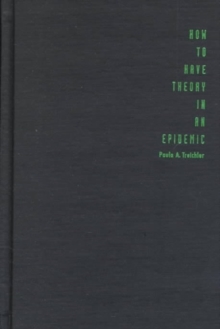 How to Have Theory in an Epidemic : Cultural Chronicles of AIDS Hardback

by Paula A. Treichler

Paula A. Treichler has become a singularly important voice among the significant theorists on the AIDS crisis.

Dissecting the cultural politics surrounding representations of HIV and AIDS, her work has altered the field of cultural studies by establishing medicine as a legitimate focus for cultural analysis.

How to Have Theory in an Epidemic is a comprehensive collection of Treichler's related writings, including revised and updated essays from the 1980s and 1990s that present a sustained argument about the AIDS epidemic from a uniquely knowledgeable and interdisciplinary standpoint. "AIDS is more than an epidemic disease," Treichler writes, "it is an epidemic of meanings." Exploring how such meanings originate, proliferate, and take hold, her essays investigate how certain interpretations of the epidemic dominate while others are obscured.

They also suggest ways to understand and choose between overlapping or competing discourses.

In her coverage of roughly fifteen years of the AIDS epidemic, Treichler addresses a range of key issues, from biomedical discourse and theories of pathogenesis to the mainstream media's depictions of the crisis in both developed and developing countries.

She also examines representations of women and AIDS, treatment issues, and the role of activism in shaping the politics of the epidemic.

Linking the AIDS tragedy to a uniquely broad spectrum of contemporary theory and culture, this collection concludes with an essay on the continued importance of theoretical thought for untangling the sociocultural phenomena of AIDS-and for tackling the disease itself.

With an exhaustive bibliography of critical and theoretical writings on HIV and AIDS, this long-awaited volume will be essential to all those invested in studying the course of AIDS, its devastating medical effects, and its massive impact on contemporary culture.

It should become a standard text in university courses dealing with AIDS in biomedicine, sociology, anthropology, gay and lesbian studies, women's studies, and cultural and media studies.

Also by Paula A. Treichler 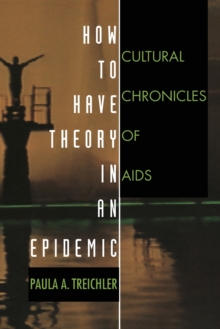 How to Have Theory in an Epidemic 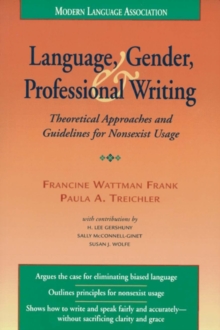