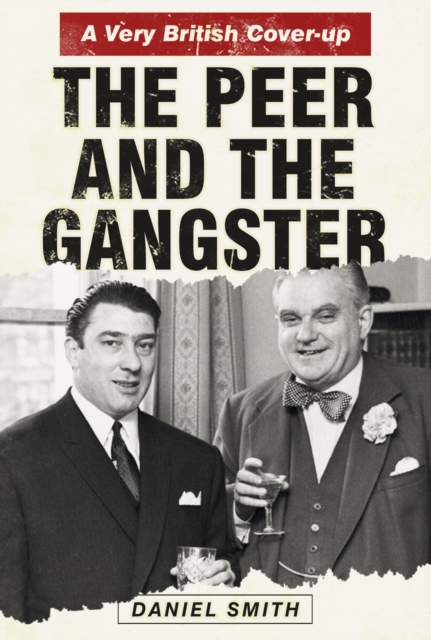 Peer and the Gangster: A Very British Cover-up Hardback

Lord Boothby and Ronnie Kray almost brought down the Establishment... and how the Establishment saved itself. In July 1964, the Sunday Mirror ran a front-page story headlined: PEER AND A GANGSTER: YARD ENQUIRY.

While withholding the names of the principal subjects, the newspaper reported that the Metropolitan Police had ordered an investigation into an alleged homosexual relationship between 'a household name' from the House of Lords and a leading London underworld figure.

Bob Boothby was the Conservative lord in question, and Ronnie Kray the gangster.

The story threatened a scandal more explosive than that of the previous year's Profumo affair, which had brought an end to Macmillan's premiership.

So began one of the most extraordinary cover-ups in British history - a rapid rear-guard action involving eminent figures from the political firmament (including the then Prime Minister and Home Secretary), the Security Service, the Metropolitan Police, the legal profession and the media.

Within a couple of weeks the story had been killed off.

Now, for the first time, the full saga of the cover-up - and its far-reaching consequences - can be revealed. AUTHOR: Daniel Smith is the originator and writer of ten books in the biographical How to Think Like... series for Michael O'Mara, which have been translated into twenty languages and sold around 500,000 copies.

His works of narrative non-fiction include The Spade as Mighty as the Sword: The Story of World War Two's 'Dig for Victory' Campaign (Aurum Press, 2011) and The Ardlamont Mystery: The Real-Life Story Behind the Creation of Sherlock Holmes (Michael O'Mara Books, 2018). 20 b/w illustrations