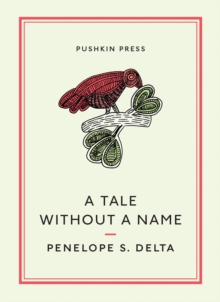 A Tale Without a Name Paperback / softback

An enchanting, powerful fable as timely today as on first publication a century agoThe kingdom used to be a place of paved roads and well-filled coffers, with joy and the good life all around.

But the old king went the way of all flesh years ago, and now the kingdom is derelict, a land of wickedness and ruin.

But a young prince and his sister begin to see what must be done, and-if they can-to restore what has been lost. For a hundred years A Tale Without a Name has been one of Greece's best-loved stories.

This playful, wise fable is enchanting for readers of any age, as meaningful and moving now as when it was first written. "Constantly intrigues and excites... Like Animal Farm ... thirty or so years later, it's a political tract in thin but compelling disguise" Books for KeepsPenelope S.

Delta's A Tale without a Name is translated from the Greek and charmingly illustrated with all-new black and white drawings throughout by Mika Provata-Carlone, and published by Pushkin Press. Penelope S. Delta (1874-1941) was born in Alexandria, Egypt to Greek parents.

Delta belonged to the Greek aristocracy and could easily have come from a novel by E.M.

She took her own life in April 1941, the day the Nazis entered Athens.