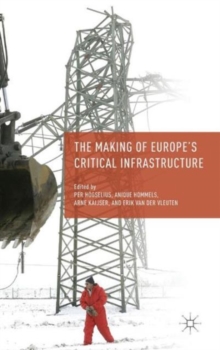 A 2006 power line failure in northern Germany closed lights in Portugal in a matter of seconds.

It inquires which, and whose, vulnerabilities they perceived, negotiated, prioritized, and inscribed in Europe's critical infrastructure.

It does not take 'Europe' for granted, but actively investigates which countries and peoples were historically connected in joint interdependency, and why.

In short, this collection unravels the simultaneous historical shaping of infrastructure, common vulnerabilities, and Europe.