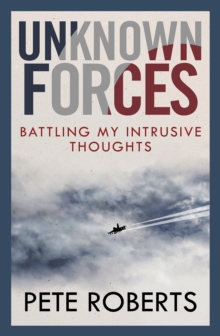 Part of the Unknown Forces series

"Surely only the deranged actively imagine the brutal maiming of those closest to them ... "Pete Roberts was a boy just like any other. Except for the fact that he kept thinking about murdering his family with household implements ... Terrified by his own thoughts, Pete joined the RAF in the hopes that he could escape his urges and apply himself to something structured.

While he didn't entirely avoid his intrusive thoughts, he defied his dyslexia to flourish in a teaching role and vowed to continue helping others to learn their craft.

It wasn't until much later on that Pete found the answer to his torment: he had OCD.

Funny and insightful, Unknown Forces follows Pete through his tumultuous life, from fatherhood to the Falklands and everything in between.