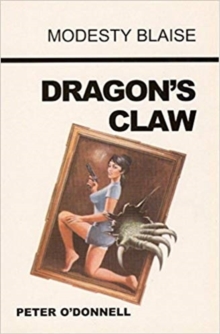 On the island of Dragon's Claw, Sam Solon, an Australian newspaper tycoon with an inferiority complex about his lack of knowledge of art, has kidnapped the world's leading art experts, keeping them prisoner to admire his collection of stolen art treasures.

Modesty and her loyal lieutenant, Willie Gavin, become involved in a complex series of murder mysteries that takes them to the island as prisoners.

To escape, they must defeat Solon's hired killers: the Reverend Uriah Crisp, an ordained minister with the greatest handgun shot in the world, and Beauregard Browne, who kills his victims using the famous handkerchief trick.