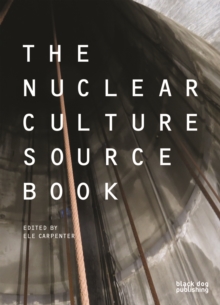 The Nuclear Culture Source Book serves as an excellent resource and introduction to nuclear culture as one of the most prominent themes within contemporary art and society, exploring the diverse ways in which post-Fukushima society has influenced artistic and cultural production.

The book brings together contemporary art practices investigating the nuclear anthropocene, nuclear sites and materiality, along with important questions of radiological inheritance, nuclear modernity and the philosophical concept of radiation as a hyperobject.