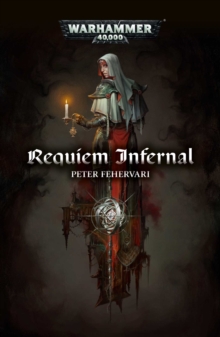 On a distant world, an obscure order of the Adepta Sororitas study their founder's visions.

They live in solitude... which is about to be broken as danger approaches. The Adepta Sororitas of the Last Candle have stood vigil over their sanctuary world for centuries, striving to decipher their founder's tormented visions.

Outsiders are unwelcome... yet still they come. Decimated by an encounter with a lethal xenos entity, the survivors of an elite Astra Militarum company have journeyed to the Candleworld in search of healing, escorted by a woman who is no stranger there - Sister Hospitaller Asenath Hyades, who turned her back on the order decades ago. As the seekers near the sect's bastion, malign forces begin to stir among the planet's storm-wracked spires, but the most insidious shadows lie in their own souls.