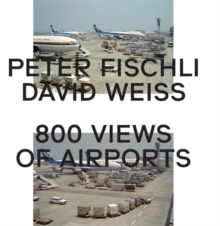 Executed in a variety of media, including sculpture, film and photography, their work playfully ignores the distinction between high and low art.

The duo is perhaps best known for the 1987 film "The Way Things Go", in which an improbable chain of events unfolds involving household objects and detritus in their studio.

In 1988, Fischli and Weiss began working on an ongoing series of airport photographs.

They focus on the banal side of air travel: the fuel vehicles, the baggage trucks, the daily routine of the airport worker.

These carefully composed images are strangely placid and restful, without any of the noise and anxiety commonly associated with airports.

This legendary series, comprising some 800 photographs, is published here in its complete form for the first time. 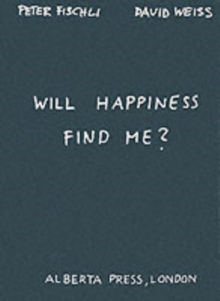 Will Happiness Find Me?