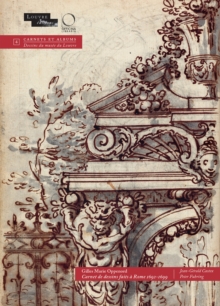 Nicknamed 'the French Borromini', Gilles Marie Oppenord (1672-1742) was born in Paris, the son of a royal cabinet maker.

He was a royal pensioneer at the Academie de France in Rome.

There he devoted much of his studies to Mannerist and Baroque architecture and ornament and the Louvre's carnet (acquired in 1972) is a testament to this period of intense study.

Only three sketchbooks of this period survive. When he returned to Paris he was trained as an architect by Jules-Hardouin Mansart and he soon became the architect of Philippe II Duke of Orleans, later Regent of France, for whom he decorated and designed the interiors of the Palais Royal.

For the reception of the King in 1723, he was entrusted with the restoration and decoration of the Chateau de Villers Cotterets.

Oppenord also carried out important church commissions, among them the completion of the church of Saint Sulpice in Paris.

A talented draughtsman, he published two books of his engraved designs. Text in French. 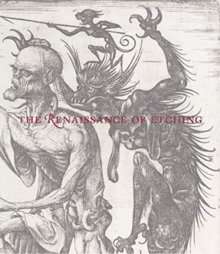 The Renaissance of Etching