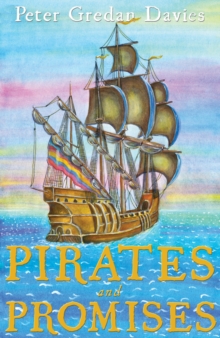 Cornish twins Becca and Jack Tremayne save the life of the mysterious Azfer Hakeem when he is shipwrecked on a nearby beach.

Azfer turns out to be Lebanese royalty who, in his armed merchant ships, trades between the Mediterranean and the rest of Europe.

Honour-bound to repay his debt to the twins, he agrees to try and find their parents, Kerenza and Brethoc, who were captured by Barbary (North African) pirates in 1615, two years previously.

During Azfer's recuperation he is befriended by the two children and inspires them by conjuring tricks and telling tales of his distant travels.

Using his royal connections and influence, Azfer's spies discover that Kerenza is being held captive in the court of the Governor of Algiers and it is rumoured that Brethoc is a galley slave.

In their ensuing adventure, Azfer, his intrepid multinational crew and Becca and Jack journey towards the shores of North Africa, facing danger from gunfire, pirates and storms, and attempt a daring outrageous rescue and solve an old mystery that has long haunted their Cornish village...

Pirates and Promises is an exciting, fast-moving yet heart-warming tale that will propel young readers aged 9-12 headlong, only allowing them brief rests to gulp a lungful of salty sea air before being thrust back into the twins' adventure once more...