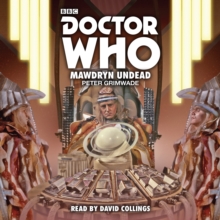 "This range of classic Target audiobooks continues to go from strength to strength..." Doctor Who Magazine

Materialising to avoid a head-on collision in space, the TARDIS becomes trapped on board an eerily deserted alien spacecraft. The Doctor transmats to Earth to solve the problem - yet when the TARDIS follows on, Tegan and Nyssa find that they have arrived five years too early.

While the Doctor enjoys a reunion with Brigadier Lethbridge-Stewart in 1983, in 1977 his companions are confronted by a hideously deformed figure who claims to be the Doctor. Unsure whether or not this is their friend, Tegan and Nyssa must choose whether to answer his desperate pleas for help.

Meanwhile, schoolboy Turlough has an encounter with a mysterious stranger who's determined to wreak revenge upon the Doctor. This is the Black Guardian, and Turlough is to do his bidding...

Based on the BBC television serial Doctor Who: Mawdryn Undead by Peter Grimwade 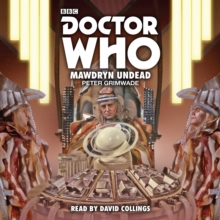