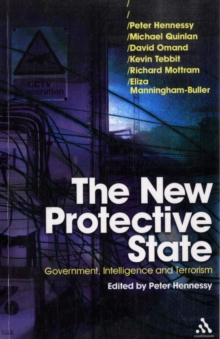 The gathering of information by the Intelligence Services is now an issue of major importance in the modern world.

But what are the ethical responsibilities of these bodies.

How is that intelligence collected, assessed and used.

What is the impact and significance of the new protective state that has been constructed in Whitehall over the years since 2001.

With new threats appearing to society both at home and abroad and sweeping changes being made to the law and Government, intelligence and police authorities where does the debate now take us.

All these matters raise profound questions for the nature and future of democracy and human rights.

These are considered and analysed by those the cutting edge of the debate in this brilliant book.