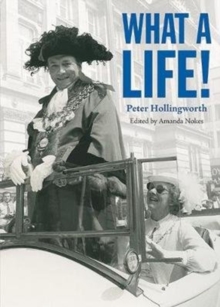 What a Life! Hardback

Peter Hollingworth was a man of conviction, a great family man, a loyal friend and a courteous foe.

Guided through his life by his commitment to the Church and his passion for his beloved village of Harborne - a village within the Great City of Birmingham.

Above all he is fondly remembered as a man of tremendous humour with an appetite for life and his bangers and mash!

We follow him through his life's journey. His childhood years, as a teenager experiencing early years of war and bombing in Harborne and his love for boats and sea leading to service in the Royal Navy.

Peter's professional career is also covered along with his involvement with charities and enthusiasm for all things political, his stance on the Common Market, record breaking years as Harborne's Councillor, appointment as Lord Mayor of Birmingham and having the honour of being made Freeman of the City...