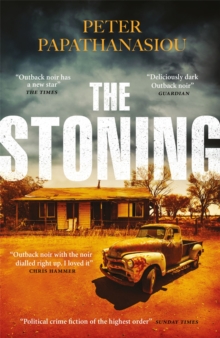 "A struggling cop, long-buried secrets, a town gone awry - this is outback noir with the noir dialled right up.

I loved it." CHRIS HAMMERA small town in outback Australia wakes to a crime of medieval savagery. A local schoolteacher is found taped to a tree and stoned to death.

Suspicion instantly falls on the refugees at the new detention centre on Cobb's northern outskirts.

Tensions are high, between whites and the local indigenous community, between immigrants and the townies. Still mourning the recent death of his father, Detective Sergeant George Manolis returns to his childhood hometown to investigate.

Within minutes of his arrival, it's clear that Cobb is not the same place he left.

Once it thrived, but now it's a poor and derelict dusthole, with the local police chief it deserves. And as Manolis negotiates his new colleagues' antagonism, and the simmering anger of a community destroyed by alcohol and drugs, the ghosts of his past begin to flicker to life. Vivid, pacy and almost dangerously atmospheric, The Stoning is the first in a new series of outback noir featuring DS Manolis, himself an outsider, and a good man in a world gone to hell. 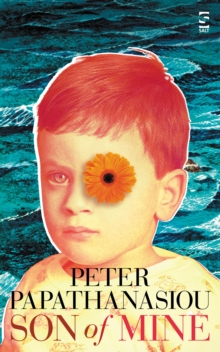