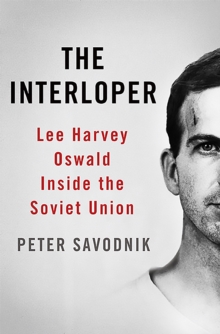 The Interloper : Lee Harvey Oswald Inside the Soviet Union Hardback

Lee Harvey Oswald's assassination of President Kennedy in 1963 remains one of the most horrifying and hotly debated crimes in American history.

Just as perplexing as the assassination is the assassin himself the 24-year-old Oswald's hazy background and motivations,and his subsequent murder at the hands of Jack Ruby,make him an intriguing yet frustratingly enigmatic figure. Because Oswald briefly defected to the Soviet Union, some historians allege he was a Soviet agent.

But as Peter Savodnik shows in The Interloper , Oswald's time in the U.S.S.R. reveals a stranger, more chilling story. Oswald ventured to Russia at the age of 19, after a failed stint in the U.S.

Marine Corps and a childhood spent shuffling from address to address with his unstable, needy mother.

Like many of his generation, Oswald struggled for a sense of belonging in postwar American society, which could be materialistic, atomized, and alienating.

The Soviet Union, with its promise of collectivism and camaraderie, seemed to offer an alternative.

While traveling in Europe, Oswald slipped across the Soviet border, soon settling in Minsk where he worked at a radio and television factory.

But Oswald quickly became just as disillusioned with his adopted country as he had been with the United States.

He spoke very little Russian, had difficulty adapting to the culture of his new home, and found few trustworthy friends indeed most, it became clear, were informing on him to the KGB.

After nearly three years, Oswald returned to America feeling utterly defeated and more alone than ever,and as Savodnik shows, he began to look for an outlet for his frustration and rage.

Drawing on ground-breaking research, including interviews with Oswald's friends and acquaintances in Russia and the United States, The Interloper brilliantly evokes the shattered psyche not just of Oswald himself, but also of the era he so tragically defined. 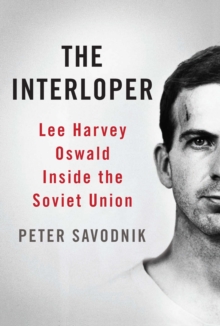 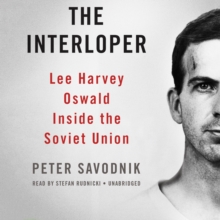