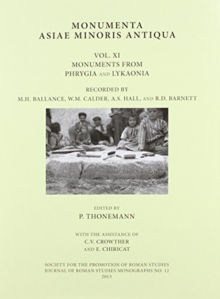 Part of the JRS Monograph series

Monumenta Asiae Minoris Antiqua XI: Monuments from Phrygia and Lykaonia is a corpus of 387 Greek and Latin inscriptions and other ancient and medieval monuments from inner Anatolia (Phrygia, Lykaonia, and south-western Galatia).

Most of these monuments were recorded by William Calder and Michael Ballance in annual expeditions to Asia Minor between 1954 and 1957.

The results of these expeditions were never published, and around three-quarters of the monuments in the volume are published here for the first time.

All the inscriptions are translated in full, with extensive commentaries and photographic illustration.

The volume includes a geographical introduction to the sites and regions covered by the corpus, and full indices. Peter Thonemann teaches Greek and Roman history at Wadham College, Oxford.

He is the author of The Maeander Valley: A Historical Geography from Antiquity to Byzantium (Cambridge, 2011), and the editor of Roman Phrygia: Culture and Society (Cambridge, 2013), a companion volume to this corpus.

Also in the JRS Monograph series 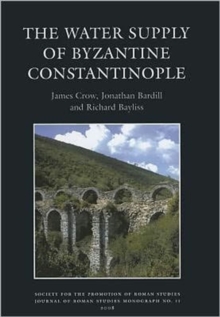 The Water Supply of Byzantine... 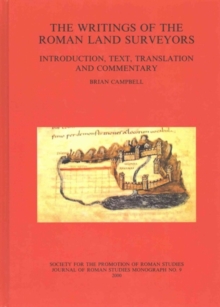 The Writings of the Roman Land Surveyors 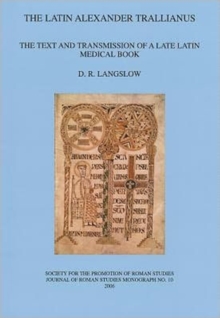