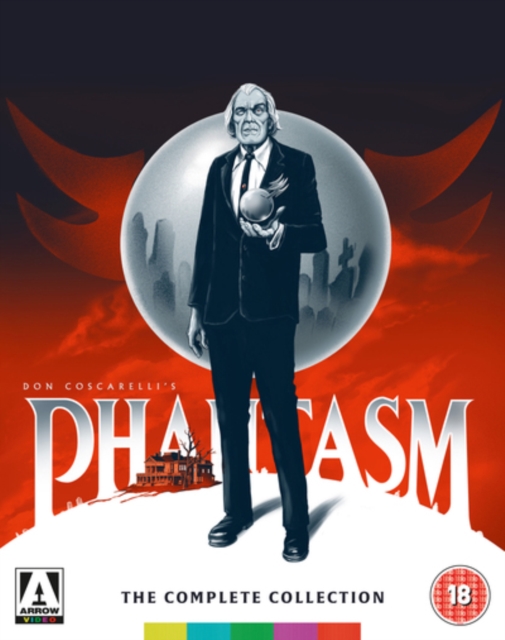 All five films in the fantasy horror franchise. In 'Phantasm' (1979), shortly after losing his parents, teenager Mike (Michael Baldwin) grows suspicious of a Tall Man (Angus Scrimm) he sees lifting a coffin single-handedly at the local graveyard, and decides to investigate.

It turns out that the funeral parlour is being used as an assembly line for zombie slaves, and it is left to Mike, with the aid of his brother Jody (Bill Thornburg) and ice cream man Reggie (Reggie Bannister), to stop them.

In 'Phantasm II' (1987), the Tall Man is still terrorising people in their dreams and raiding cemeteries with the assistance of his evil gnome-like helpers.

Mike (James Le Gros) and Reggie resume their battle with the deathly spirit after a recurring dream about a beautiful girl convinces Mike that she must be next on the Tall Man's hit list.

Mike's friend Reggie, orphan boy Tim (Kevin Connors) and one-woman army Rocky (Gloria Henry) attempt to stave off the Tall Man's threat once and for all.

Mike bends the contours of time and space to wage war against the Tall Man and his deadly metal spheres.

The forces of darkness are turned on him however, and Mike's only allies are his friend Reggie and the spirit of his dead brother.

Finally, in 'Phantasm: Ravager' (2016), Reggie travels through the desert in search of his friend Mike and the Tall Man.

After being hunted by the deadly spheres he enters an alternate dimension in a bid to finally catch up with the Tall Man and bring his reign of terror to an end. 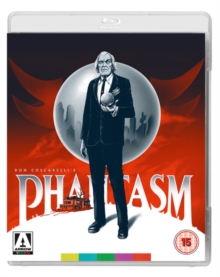