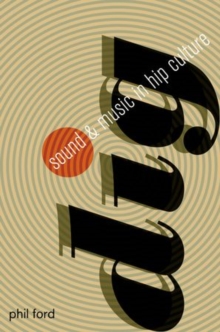 Hipsters have always used clothing, hairstyle, gesture, and slang to mark their distance from consensus culture, yet it is music that has always been the privileged means of cultural disaffiliation, the royal road to hip. Hipness in postwar America became an indelible part of the nation's intellectual and cultural landscape, and during the past half century, hip sensibility has structured self-understanding and self-representation, thought and art, in various recognizable ways.

Although hipness is a famously elusive and changeable quality, what remains recognizable throughout its history in American intellectual life is a particular conception of the individual's alienation from society-alienation due not to anyspecific political wrong but to something more radical, a clash of perception and consciousness.

The dominant culture thus constitutes a system bent on foreclosing the creativity, self-awareness, and self-expression by which people might find satisfaction in their lives.

The hipster's project is toimagine this system and define himself against it; his task is to resist being stamped in its uniform, squarish mold.

Culture then becomes the primary medium of hip resistance rather than political action as such, and this resistance is manifested in aesthetic creation, be that artworks or the very self. Music has stood consistently at the center of the evolving and alienated hipster's self-structuring: every hip subculture at least tags along with some kind of music (as the musically ungiftedBeats did with jazz), and for many subcultures music is their raison d'etre.

In Dig, author Phil Ford argues that hipness is in fact wedded to music at an altogether deeper level.

In hip culture it is sound itself, and the faculty of hearing, that is the privileged part of the sensory experience.

Ford's discussion of songs and albums in context of the social and political world illustrates how hip intellectuals conceived of sound as a way of challenging meaning - that which is cognitive and abstract, timeless and placeless - with experience - that which isembodied, concrete and anchored in place and time.

Through Charlie Parker's "Ornithology," Ken Nordine's "Sound Museum," Bob Dylan's "Ballad of a Thin Man," and a string of other lucid and illuminating examples, Ford shows why and how music became a central facet of hipness and the counterculture.

Shedding newlight on an elusive and enigmatic culture, Dig is essential reading for students and scholars of popular music and culture, as well as anyone fascinated by the counterculture movement of the mid-twentieth-century.