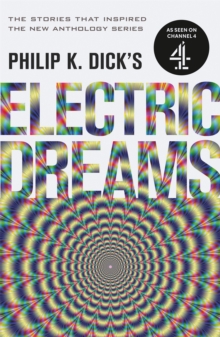 Based on the stories contained in this volume, the ten-part anthology series, Philip K.

Moore (Battlestar Galactica, Outlander) and Michael Dinner (Justified, Masters of Sex), with Oscar nominated Bryan Cranston (Trumbo, Breaking Bad) both executive producing and appearing in the series. Each episode will be a sharp, thrilling standalone drama adapted and contemporised for global audiences by a creative team of British and American writers.

The series will both illustrate Philip K. Dick's prophetic vision and celebrate the enduring appeal of the prized Sci-Fi novelist's work.