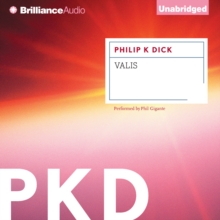 Part of the Valis series

What is VALIS? This question is at the heart of Philip K. Dicks groundbreaking novel, the first book in his defining trilogy. When a beam of pink light begins giving a schizophrenic man named Horselover Fat (who just might also be known as Philip K. Dick) visions of an alternate Earth where the Roman Empire still reigns, he must decide whether he is crazy or whether a godlike entity is showing him the true nature of the world.

VALIS is essential listening for any true Philip K. Dick fan, a novel that Roberto Bolao called more disturbing than any novel by [Carson] McCullers. By the end, like Dick himself, you will be left wondering what is real, what is fiction, and just what the price is for divine inspiration.

Also in the Valis series 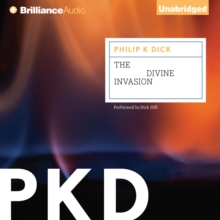 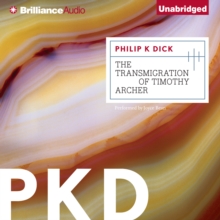 The Transmigration of Timothy Archer