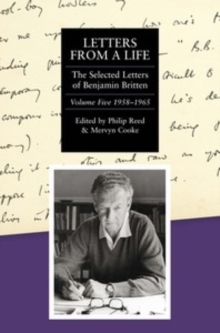 Part of the Selected Letters of Britten series

The fifth volume of the annotated selected letters of Benjamin Britten - edited by Philip Reed and Mervyn Cooke - covers the years 1958-65, during which he wrote two major operatic works, A Midsummer Night's Dream and the ground-breaking Curlew River, and his pacifist choral masterpiece, War Requiem.

Other significant compositions from the period include the orchestral song-cycle Nocturne, the first of the cello pieces for Rostropovich, and settings of poems by Blake and Pushkin. Correspondents include friends, fellow artists and collaborators such as William Plomer (librettist of Curlew River), Edith Sitwell, E.

M. Forster, Christopher Isherwood, Robert Graves, the Earl of Harewood, Yehudi Menuhin, Mstislav Rostropovich, Galina Vishnevskaya, Dmitri Shostakovich, Dietrich Fischer-Dieskau, Barbara Hepworth and Duncan Grant, as well as Britten's partner and principal interpreter, Peter Pears. The volume charts the peak of Britten's position as one of the leading figures of the international musical establishment as composer, conductor and pianist, and his continuing involvement with the Aldeburgh Festival and the English Opera Group.

The deterioration in Britten's relationship with Boosey & Hawkes, his publishers since the mid-1930s, is closely documented, as is the founding, at the composer's instigation, of the new publishing house of Faber Music in 1964.

Central to the period is the composer's warm friendship with musicians from the Soviet Union, and Britten and Pears's visits to Moscow, Leningrad and Armenia are charted in detail. Published in association with The Britten-Pears Foundation.

Also in the Selected Letters of Britten series 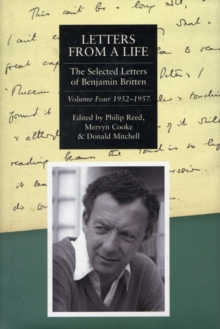 Letters from a Life: The Selected... 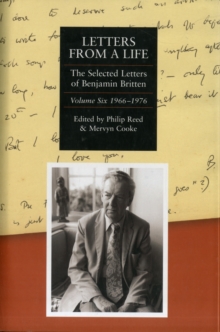 Letters from a Life: the Selected...