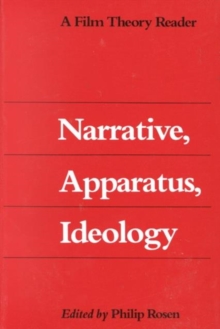 Divided into sections, the anthology features introductions to each group of essays outlining the major assumptions, ideas, and arguments of the articles and situating them within the history of film theory, narrative analysis, and social and cultural theory.