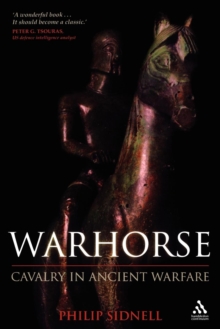 Cavalry were an important part of almost every ancient army, yet modern writers have neglected them in favour of the infantry of the Greek phalanx and the Roman legions. "Warhorse" seeks to correct this injustice. Phil Sidnell challenges the common view that ancient cavalry were useful for scouting and raiding but left the real fighting to the foot soldiers.

In fact, he argues, they were often used in a shock role and proved decisive on many occasions.

The famous victories of great generals such as Alexander, Hannibal and Julius Caesar could not have been won without a full appreciation of the battle-winning potential of the cavalry.Drawing heavily on the ancient sources, "Warhorse" takes the reader on a thrilling ride through numerous vividly recreated battles, from the earliest civilizations to the Battle of Hastings, to reveal the horsemen of the ancient world in their full and deadly glory. 'A wonderful book...written in a very clear and quick-paced writing style.

It should become a classic.' - Peter G. Tsouras, US defence intelligence analyst and author and editor of many books, including "Alexander: The Invincible King of Macedonia". 'Sidnell has produced a highly readable study of the combat role of cavalry in the ancient world...argues his point in an imaginative thorough fashion...this book will appeal to a wide range of readers.' - "Choice", June 2007. 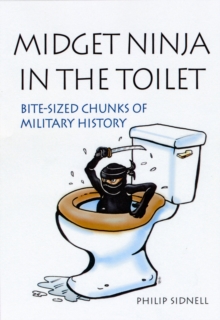