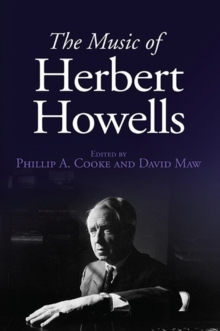 The Music of Herbert Howells Hardback

by Phillip A. Cooke, David Maw

Herbert Howells (1892-1983) was a prodigiously gifted musician and the favourite student of the notoriously hard-to-please Sir Charles Villiers Stanford.

Throughout his long life, he was one of the country's most prominent composers, writing extensively in all genres except the symphony and opera.

Yet today he is known mostly for his church music, and there is as yet relatively little serious study of his work.

This book is the first large-scale study of Howells's music, affording both detailed consideration of individual works and a broad survey of general characteristics and issues. Its coverage is wide-ranging, addressing all aspects of the composer's prolific output and probing many of the issues that it raises.

The essays are gathered in five sections: Howells the Stylist examines one of the most striking aspect of the composer's music, its strongly characterised personal voice; Howells the Vocal Composer addresses both his well-known contribution to church music and his less familiar, but also important, contribution to the genre of solo song; Howells the Instrumental Composer shows that he was no less accomplished for his work in genres without words, for which, in fact, he first made his name; Howells the Modern considers the composer's rather overlooked contribution to the development of a modern voice for British music; and Howells in Mourning explores the important impact of his son's death on his life and work. The composer that emerges from these studies is a complex figure: technically fluent but prone to revision and self-doubt; innovative but also conservative; a composer with an improvisational sense of flow who had a firm grasp of musical form; an exponent of British musical style who owed as much to continental influence as to his national heritage.

This volume, comprising a collection of outstanding essays by established writers and emergent scholars, opens up the range of Howells's achievement to a wider audience, both professional and amateur. PHILLIP COOKE is Lecturer in Composition at the University of Aberdeen. DAVID MAW is Tutor and Research Fellow in Music at Oriel College, Oxford, holding Lectureships also at Christ Church, The Queen's and Trinity Colleges. CONTRIBUTORS: Byron Adams, Paul Andrews, Graham Barber, Jonathan Clinch, Phillip A.

Also by Phillip A. Cooke 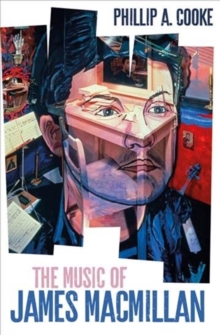 The Music of James MacMillan