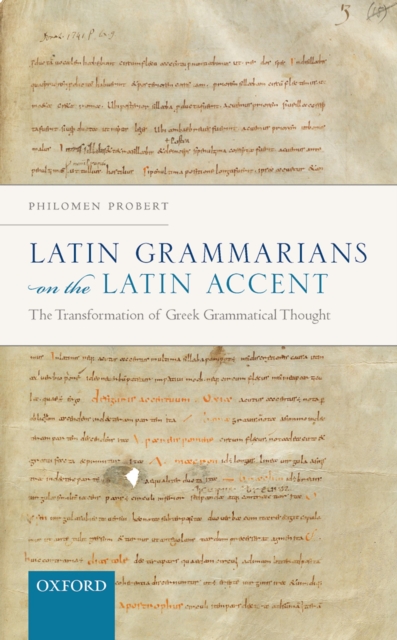 Latin Grammarians on the Latin Accent : The Transformation of Greek Grammatical Thought EPUB

Latin Grammarians on the Latin Accent offers a fresh perspective on a long-standing debate about the value of Latin grammarians writing about the Latin accent: should the information they give us be taken seriously, or should much of it be dismissed as copied mindlessly from Greek sources?

This book focusses on understanding the Latin grammarians on their own terms: what they actually say about accents, and what they mean by it.

It emerges that Latin grammarians took over from Greek grammarians a system of grammatical description that operated on two levels:an abstract level that we are not supposed to be able to hear, and the concrete level of audible speech.

The two levels are linked by a system of rules. Some points of Greek thought on prosody were taken over onto the abstract level and not intended as statements about the actual sound of Latin, while other points were so intended.

While this book largely sets aside the question whether the Latin grammarians tell us the truth about the Latin accent, focussing instead on understanding what theyactually say, it begins to offer answers for those wishing to know when to 'believe' Latin grammarians in the traditional sense: the book shows which of their statements are intended - and which are not intended - as statements about the actual sound of Latin. 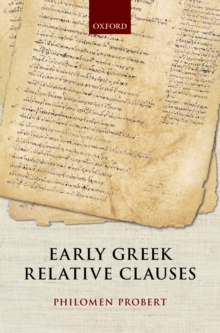 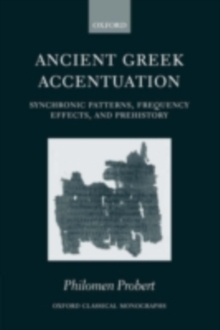 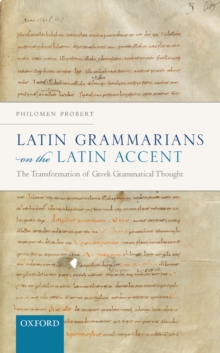 Latin Grammarians on the Latin Accent