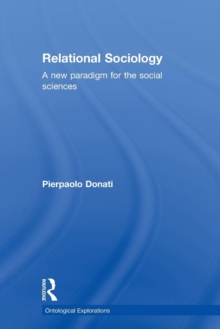 `Simultaneous invention' has become commonplace in the natural sciences, but is still virtually unknown within the sphere of social science.

The convergence of two highly compatible versions of Critical Realism from two independent sources is a striking exception.

Pierpaolo Donati's Relational Sociology develops `upwards' from sociology into a Realist meta-theory, unlike Roy Baskhar's philosophy of science that works `downwards' and `underlabours' for the social sciences. This book systematically introduces Donati's Relational Sociology to an English readership for the first time since he began to advance his approach thirty years ago.

In this eagerly awaited book, Pierpaolo Donati shifts the focus of sociological theory onto the relational order at all levels.

He argues that society is constituted by the relations people create with one another, their emergent properties and powers, and internal and external causal effects. Relational Sociology provides a distinctive variant upon the Realist theoretical conspectus, especially because of its ability to account for social integration.

It will stimulate debate amongst realists themselves and, of course, with the adversaries of realism.

It is a valuable new resource for students of social theory and practising social theorists. 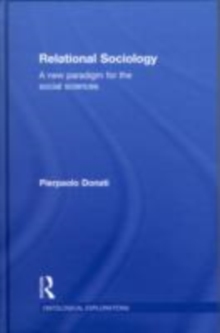 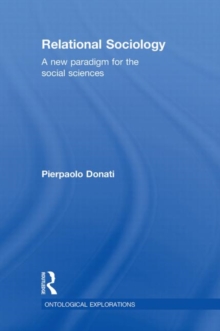