Though the demise of one or another African state has been heralded for nearly five decades, the map of the continent remains virtually unchanged.

By and large, these states are judged failures. And yet they endure. Pierre Englebert asks: why do these oppressive and exploitative, yet otherwise ineffective, structures remain broadly unchallenged?

Why do Africans themselves, who have received little in the way of security, basic welfare, or development, continue to embrace their states and display surprising levels of nationalist fervor?

He finds his answer in the benefits that sovereign weak states offer to Africa's regional and national elites - and to those who depend on them.Englebert carefully articulates the manner in which international sovereignty is translated into domestic legal command - and the sorrow that ensues.

He also offers some corrective 'policy fantasies'. Effectively combining theory, cross-national quantitative methods, and case studies, his book reveals a pattern of reproduction of a predatory, dysfunctional state in which human integrity is sacrificed to its territorial counterpart.

Also by Pierre Englebert   |  View all 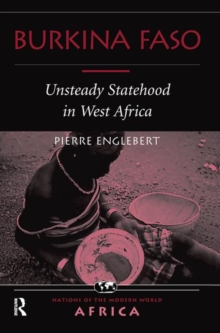 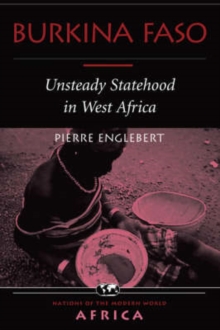