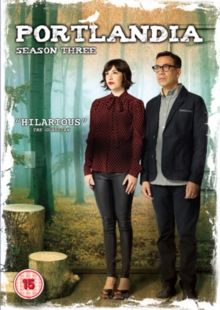 The third season of the US sketch comedy show starring Fred Armisen and Carrie Brownstein.

The sketches are set in the fictional city of Portlandia, a comic rendering of Portland, Oregon, and feature Kyle MacLachan as the city's mayor.