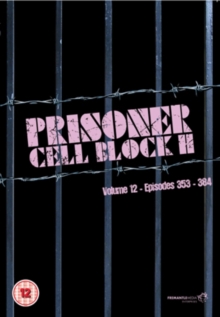 Episodes 353-384 of the long-running Australian soap.

Set within the walls of Wentworth Detention Centre for Women, the show offers an unflinching portrayal of issues including racism, domestic abuse, violence and rape.

In this volume, the rivalry of Joan 'Freak' Ferguson (Maggie Kirkpatrick) and influential prisoner Bea Smith (Val Lehman) continues, but with a new twist - the murderer, Nola McKenzie (Carole Skinner), finds herself caught up in the conflict.

Though Nola believes that aiding Ferguson in her greatest battle may bring her rewards, she might find that placing herself between the two most fearsome figures in the prison is a dangerous game to play.

Elsewhere, trouble continues at the halfway house and Joan's father (Carl Bleazby) pays a visit to his troubled daughter.