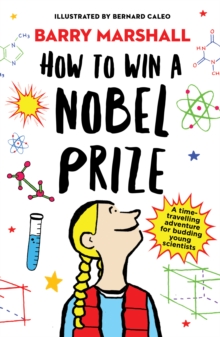 How to Win a Nobel Prize Paperback / softback

A time-travelling adventure with interactive experiments for budding young scientists, by Nobel Prize winning Barry MarshallMary has always wanted to win a Nobel Prize and loves running her own science experiments at home.

One day Mary stumbles on a secret meeting of Nobel Prize winners.

Dr Barry Marshall agrees to travel with her through time to learn the secrets behind some of the most fascinating and important scientific discoveries.