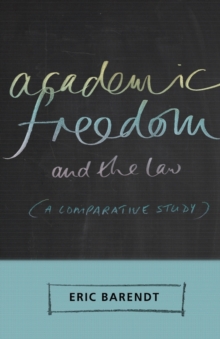 Academic Freedom and the Law : A Comparative Study Paperback / softback

Academic Freedom and the Law: A Comparative Study provides a critical analysis of the law relating to academic freedom in three major jurisdictions: the United Kingdom, Germany and the United States.

The book outlines the various claims which may be made to academic freedom by individual university teachers and by universities and other higher education institutions, and it examines the justifications which have been put forward for these claims.

Three separate chapters deal with the legal principles of academic freedom in the UK, Germany, and the USA.

A further chapter is devoted to the restrictions on freedom of research which may be imposed by the regulation of clinical trials, by intellectual property laws, and by the terms of contracts made between researchers and the companies sponsoring medical and other research.

The book also examines the impact of recent terrorism laws on the teaching and research freedom of academics, and it discusses their freedom to speak about general political and social topics unrelated to their work.

This is the first comparative study of a subject of fundamental importance to all academics and others working in universities. It emphasises the importance of academic freedom, while pointing out that, on occasion, exaggerated claims have been made to its exercise. 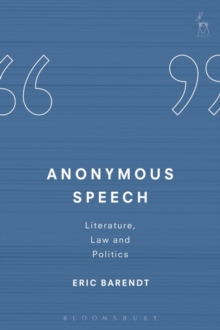