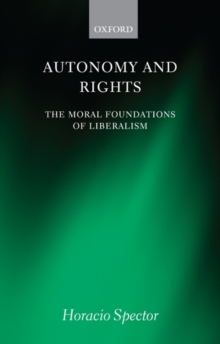 Autonomy and Rights : The Moral Foundations of Liberalism Paperback / softback

Moral and political theorists who espouse egalitarianism and Marxism tend to assume that it is extremely hard, if not impossible, to put forward an original and plausible moral justification of classical liberalism. Horacio Spector is concerned to build just such a justification. He reconstructs and then criticizes a familiar approach to the moral foundations of classical liberalism which rests on the maximization of negative freedom, and then frames an alternativetheory centered in the obligation to protect positive freedom.

In so doing, he parts company not only with utilitarianism and contractarianism, but also with the theory of natural rights. Among the topics he discusses are the concepts of negative and positive freedom, the notion of a moral right,the connection between positive freedom and personal autonomy, the axiological uniqueness of each human being, and the agent-relativity of moral reasons. 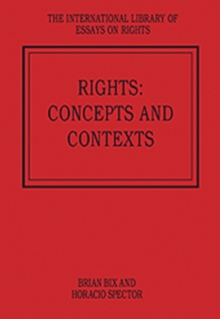