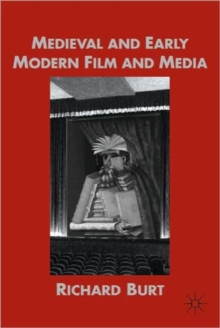 Medieval and Early Modern Film and Media contextualizes historical films in an innovative way - not only relating them to the history of cinema, but also to premodern and early modern media.

This philological approach to the (pre)history of cinema engages both old media such as scrolls, illuminated manuscripts, the Bayeux Tapestry, and new digital media such as DVDs, HD DVDs, and computers.

With a double focus on recursive narrative frames and the cinematic paratexts of medieval and early modern film, this book calls our attention to strange, sometimes opaque phenomena in film and literary theory that have previously gone unrecognized.