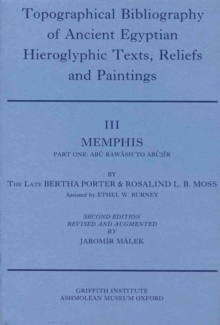 The volumes of this bibliography show the Egyptologist where to find published and unpublished records of ancient Egyptian monuments which remain in situ, those which have been removed but can be traced to a definite site, as well as those in museums and private collections where the provenance has been lost.

Monuments are arranged geographically and there are indices, including kings, deities and private individuals, for each volume.

The first two volumes contain the account of the temples and tombs at Thebes.

The third volume deals with the monuments of Memphis, with its vast necropolis of pyramids and tombs; the fourth with Lower and Middle Egypt.

The fifth and sixth volumes cover the sites and temples of Upper Egypt, and the seventh Nubia, the deserts and finds of Egyptian objects outside Egypt.

Monuments of provenance not known are being presented systematically in the eighth volume, parts 1 and 2 of which list statues, and parts 3 and 4 stelae. 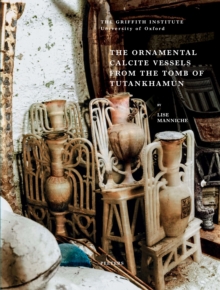