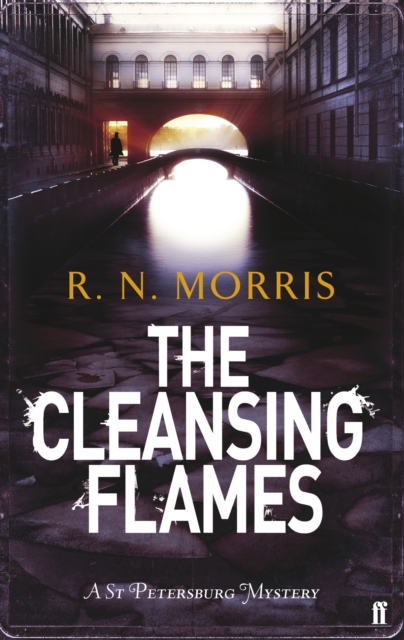 Easter, 1872. Fires burn in St Petersburg, a prelude to the revolutionary turmoil that will shake Russia a generation later.

As the springtime thaw begins, a body rises to the surface of the Winter Canal. Following an anonymous tip-off, magistrate Porfiry Petrovich is drawn into an investigation of the radical intellectuals who seek to fan the flames of revolution.

In the meantime, junior magistrate Pavel Pavlovich Virginsky plays a dangerous game of his own.

Following a chance meeting with a man he suspects of being an arsonist, he volunteers to infiltrate a terrorist cell.

But the young man's loyalties appear divided, his motives conflicted.

Will he track down the killers, or to use his position as a magistrate to further a cause with which he sympathises?The issue comes to a head in a shocking and violent confrontation between two generations. The Cleansing Flames is the fourth book in R. N. Morris's acclaimed series featuring the investigator from Crime and Punishment.